With Brazil being one of the largest biomass producers in the world, it has a great potential for biogas production across the country. At the start of 2020, the country had more than 700 plants and an annual growth of 40% since 2015. Biogas represents less than 1% of the Brazilian energy matrix, and the Brazilian Biogas Association (ABiogás) believes that this shows there is a huge margin for growth. A favourable policy framework with instruments like the RenovaBio (the National Biofuel Policy) or the government program New Gas Market will be crucial for the development of the sector. Our biogas expert and Project Manager in LCBA Brazil, Thiago Gonzalez, will provide us with some insights about the potential of the market and how Low Carbon Business Action (LCBA) Latam can support the acceleration of biogas and biomethane projects in the country.

The biogas chain demands new technologies with greater efficiency, the ability to provide a track record and companies which guarantee the efficiency presented in the commercial proposal in a contract. 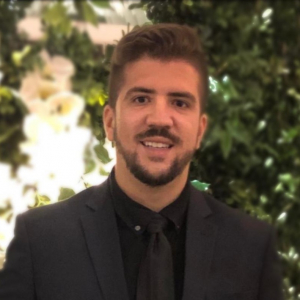 1.-Can you reveal to us some of the key data from the Brazilian biogas market that makes it so attractive?

Due to the Brazilian agricultural and livestock production characteristics, which contributes 25% of the GDP, the production of residues containing organic matter is very high. Also considering that residues with a high content of organic matter are the main and best inputs for biogas production, Brazil stands out as a rising player in the international biogas scenario.

Another important factor is the constant increases in the cost of electricity in Brazil, which is expected to rise 21.04% in 2022. In addition to electricity, the cost of vehicle fuel has increased by more than 75% since January 2021.

2.-What is the outlook for the expansion of biogas production?

Since biogas and biomethane can be used to replace traditional sources, this energy source has gone from being an option to a necessity in the Brazilian energy matrix. Therefore, the expansion of this energy source for use as electrical, thermal or vehicular energy will have great expansion, exemplifying this, from 2015 to 2020 the number of plants grew by 400%.

3.-What does the Brazilian biogas and biomethane industry need in order to bloom?

Despite being in full expansion, the biogas chain needs qualified labour for an organised expansion, mainly for the biomethane segment, which lacks specialised labour.

In addition, the biogas chain demands new technologies with greater efficiency, the ability to provide a track record and companies that guarantee the efficiency presented in the commercial proposal in a contract.

4.-What are the advantages of producing green hydrogen from biomethane?

Hydrogen is a gas that can be used as fuel, but which is not in a free state in nature, its production takes place by the separation of water into hydrogen and oxygen using electrical energy. The production process consists of splitting the water molecule into hydrogen and oxygen through the application of a strong electric current. If the energy used to produce the electric current is generated from renewable sources, such as solar, wind or biogas for example, hydrogen production occurs free of greenhouse gas emissions, and is called green hydrogen. (Eloé Energy, 2022).

5.-Have you detected any technology gaps? And are they specific to a region?

The major technological gaps in Brazil are related to the control of biological processes in biogas plants, and legal security for investment. With the entry of technologies from abroad, and adaptation to the Brazilian reality, the country is starting to be well served with technologies,both for production and for the use of biogas. However, there is still a lack of qualified labour for the operation of biogas plants.

6.-What are the factors that enable or restrain biogas technologies adoption?

One of the main problems in Brazil that restrict foreign investments is legal certainty which ends up blocking investments as a whole and delaying technological development in all areas. However, with recent public policies, legislative instability tends to decrease, facilitating the entry of foreign investments and encouraging the adoption of technologies for biogas.

Another gap that needs to be bridged is to bring the correct information to large biomass generators, who can have access to technologies, not necessarily cheap, but with high efficiency.

7.-What are the opportunities for European SMES in biogas and biomethane projects?

Due to the great prestige and pioneering spirit of European companies in the biogas and biomethane segment, the opening of the market for SMES with high quality products is greatly facilitated. A major bottleneck faced recently were the import costs of these products, however, due to the increasing energy cost that has been practised in Brazil, importing these products becomes economically viable due to the high efficiency they deliver.

8.-How can LCBA support these projects?

With a wide range of technical assistance provision, whether for the identification of financing lines or technical feasibility analysis, the LCBA helps in the identification of the technologies and services necessary for the implementation of successful projects in Brazil, as well as for European SMEs. This provides security for entry or expansion into Brazil.

For more information about LCBA in Brasil contact the team.